PERSONALIZED MEDICINE, FOCUSED ON YOUR HEALTH 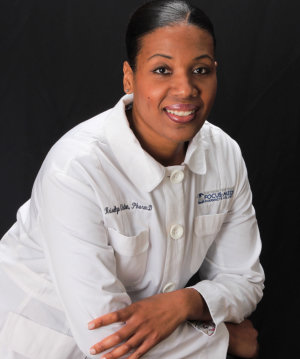 Krisalyn K. Gleaton is a native of Charleston, South Carolina and grew up in the West Ashley community. Upon graduating from St. Andrews Parish High School in 1998 as valedictorian, she matriculated to Hampton University in Hampton, Virginia. While attending pharmacy school at Hampton University, Krisalyn was inducted into the Rho Chi Society (the Academic Honor Society in Pharmacy) and graduated Magna Cum Laude. Prior to opening her own pharmacy, Krisalyn worked in various pharmacy settings, having held roles including Pharmacy Manager for a large pharmacy chain and Prior Authorization Pharmacist for a leading managed care organization. She has obtained specialty certification in Cardiovascular Disease Management, Medication Therapy Management, and Pharmacist-administered Immunization Delivery. Krisalyn has also completed extensive training in the art of pharmaceutical compounding. 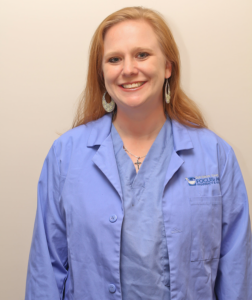 Charity is a native of Charleston, South Carolina and was reared in the North Charleston community. She is a graduate of North Charleston High School. Charity was introduced to pharmacy practice as a teenager while working for a small pharmacy chain during her senior year in high school. She currently has more than 17 years of experience in pharmacy practice, including retail pharmacy, hospital pharmacy, mail order pharmacy, and Pharmacy Informatics. Charity is currently licensed as a Nationally Certified Pharmacy technician, as well as a state certified technician for the state of South Carolina.

In her spare time, Charity enjoys spending time with her family, reading, watching movies, and going to the beach. 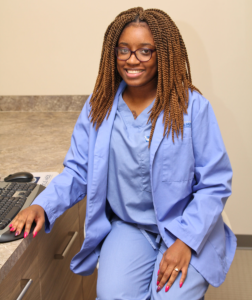 Tyiesha is a native of North Charleston, South Carolina. Upon graduating in the top 10% of her class from R.B. Stall High School in 2010, she matriculated to Charleston Southern University and received her Bachelor of Science degree in Biology in 2015. While attending Charleston Southern University, she joined the Pharmacy Club, which fostered her interest in Pharmacy. Prior to joining the Focus: Meds Pharmacy and Wellness Team, Tyiesha worked as a pharmacy technician for a large retail pharmacy chain for three years. She plans to attend pharmacy school in the future.

Your feedback is a necessary part of our growth as a pharmacy. We want to hear from you. Send your comments and suggestions using our online survey form.

Become one of our registered customers/patients at Focus: Meds Pharmacy and Wellness. Get discounts and freebies on special occasions.